This week, the last of the year, and the first of a new one, brought the hardest frost of the season so far. It was more than welcome.

All day, for two days, freshly defrosted and warmed up motors crawled across slippy white roads that glistened in the heatless low sunlight. And Upon the hedgerows, and tree lined lanes, ice sat like snow.

But my little humble motor, reliant and valiant,  did not  defrost, did not warm up and did not crawl. Because on Boxing Day, it decided to finally pack up on me. After five years together it was declared a write off. Another victim of 2016. Very sad.

And as my car was my main mode of transport to and from the allotment ( and also acting as a portable shed for my tools) it meant no work at the plot this week! But I don’t mind really; with days as beautiful as these, it’s nice to just stop and admire.

But amongst the admiration there was also trepidation. Christmas weekend brought some very harsh winds Indeed and I’ll admit that I was a little worried that the four fruit trees I’d recently planted might have been destroyed. So throwing on a coat (x2) and a warm hat I decided to walk to the allotment (I’m a little embarrassed to admit that this is the first time I’ve actually walked there… despite it being only 10 minutes down the road)

I realised, about half way there,  once the photo opportunities started to appear, that I really should have brought my proper camera. And so yet again, it’s a case of the best camera is the one in your pocket. On the way I didn’t stop for many photos, as I was more concerned about the possibility of slipping on my arse at any given moment. But I did take a few.

You should never really shoot in to the sun, but this was a landscape I’d always wanted to capture, so I couldn’t resist.
Also, approaching the allotments, I witnessed them from a whole new perspective: 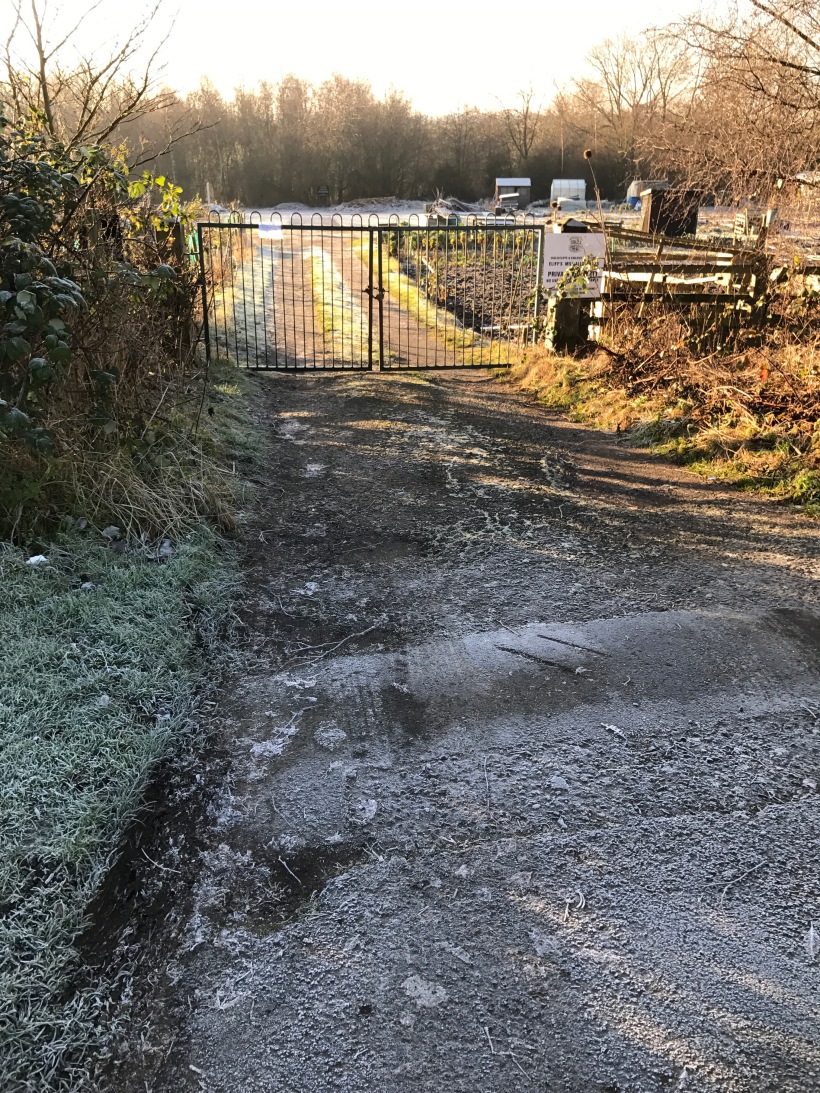 Not surprisingly, I was the only one here. Unlocking the gate is usually a bit of a faff, but to have the allotment to yourself, on a day as beautiful as this one… You won’t find me complaining.﻿ 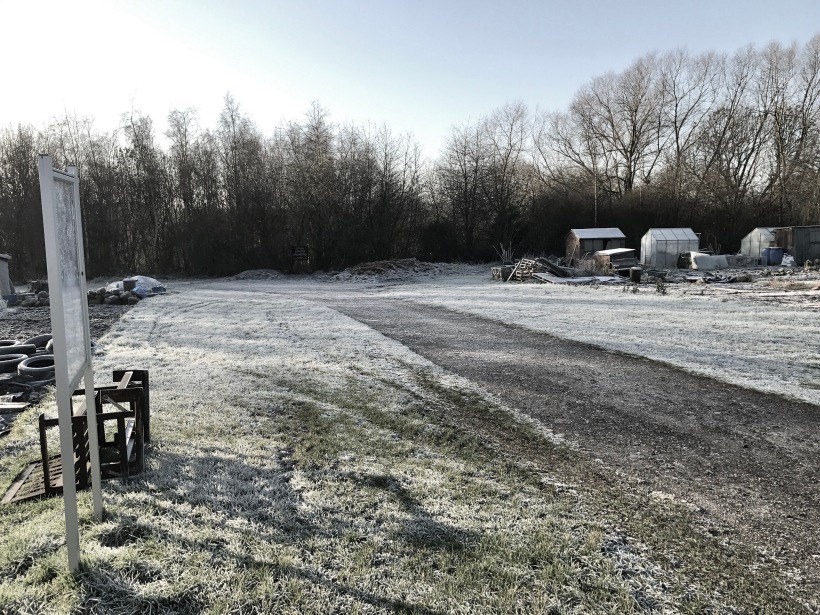 Along the path to my plot, which has more craters than the moon, pools of ice have formed, punctuated by the long shadows that define the light at this time of year.

And finally, at my plot, the worry was all gone, because to my surprise ( and as I was told) the trees were fine.

There is a peaceful beauty in this harsh winter bleakness, reminiscent of an out of season seaside town. Everyone’s gone home, but the promenade lights shine on, the sea still howls. Ghostly, Eeery , Beautiful.

It was a brief cold spell, but looking at the forecast there’s some more of it on the way and hopefully the rest of winter will follow Suit. It’s just what we need amongst talk of ‘ unseasonably high temperatures’.

But for now, I wish you a happy new year.

One thought on “Seasonably Normal.”

Fun day at work learning how to weave willow sculptures with the team! To be fine tuned tomorrow. With thanks to our teacher @philbradleybasketmaker
Rose pruning begins!
Brilliant first week in a new job. Incredibly excited and honoured to be joining the team who look after this beautiful garden.
Top bar in the orchard apiary. #beekeepersofinstagram #topbarbeekeeping #naturalbeekeeping

A Four Pronged Blog about a Suffolk Cottage Garden.