We’re nearly half way through July.

How did we get half way through July?

I mean all I did was blink!

Despite probable neglect, things in the garden seem to be happening, whether I want it too or not.

(I mean HOW? Last I remember we were still in the aftermath of Christmas. We were all looking forward to the great coming of the snowdrops! And now we’re in MID-JULY! THE SHOPS’LL HAVE HALLOWEEN OUT SOON!!!)

Some of this happening, is good: 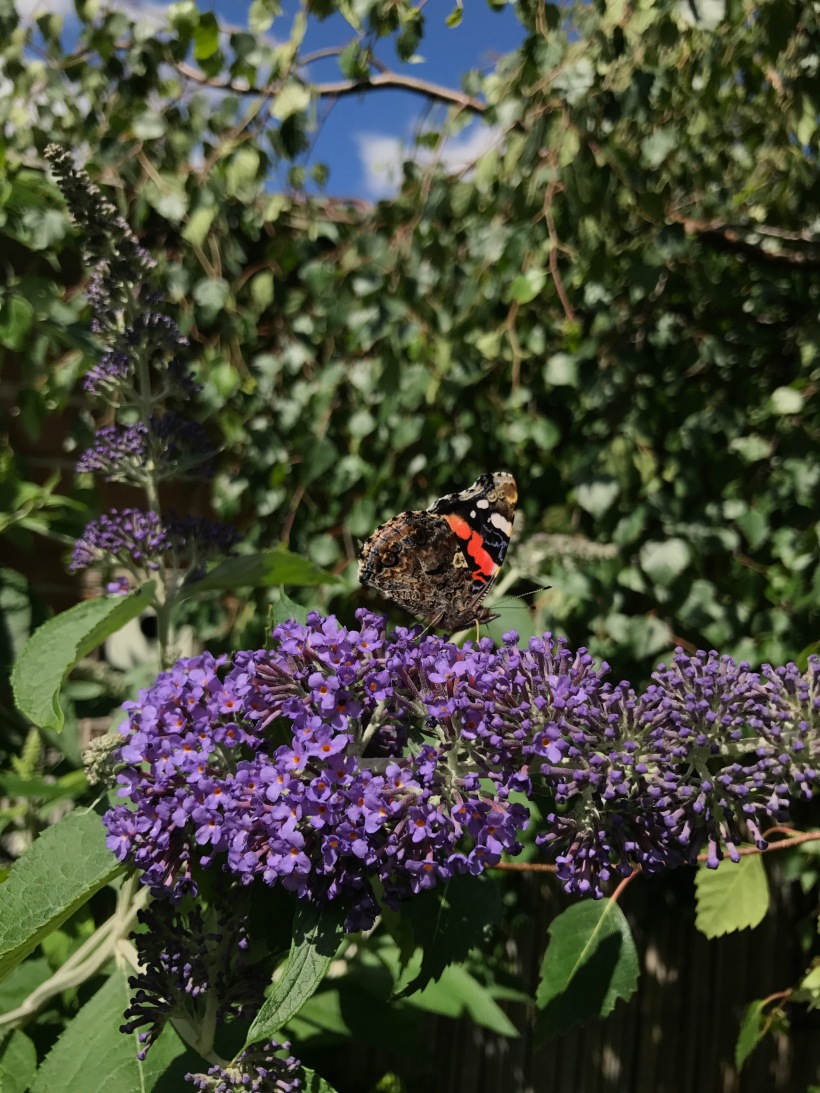 But there are other happenings, that I wish weren’t. *Cough* WEEDS. *Sneeze* Pardon me.

Said ‘neglect’, came in the form of a holiday. 11 Nights, All-Inclusive,  Ice cream coming out of my eyes, Beer on Tap, 99% lying down, sun turned up high and lots of books. Heaven. HEAVEN.

The Plants, Lamp posts and Stairs of Majorca. Book out in August.

There's nothing as fresh and awakening as the air in this country, when stepping off a plane after spending nearly 2 weeks in a hot country. Still there was a sense of anticlimax in the rain. That is, Until I visited the allotment, where it seems to have worked wonders. More than chuffed with how the it's looking, and a little concerned that it may actually look better than it ever has done, despite the 2 weeks of neglect. The weeds though, are another story and will have to wait, I have bags to unpack.

But at least I didn’t moan about it.

Wet and cold and hiding in the greenhouse #gardening #rain

It probably wasn’t even that cold, but after a bit of time spent in a hot country…

It’s bit like getting out of a hot bath in the middle of winter.

I was pleased when I was away, to see that the weather at home was brutal. None stop rain, for nearly a week. Over the moon. Sorry people, our gardens needed it. I’m not being selfish, honest I’m not.

The gardens needed it.

It’s refreshing anyway, after weeks of torturous high humidity.
And now, in the garden things certainly are happening:

The cut flower patch, as you can see on the Instagram post above is doing far better than I ever hoped it would. Far better than anything else on the plot is doing in fact. 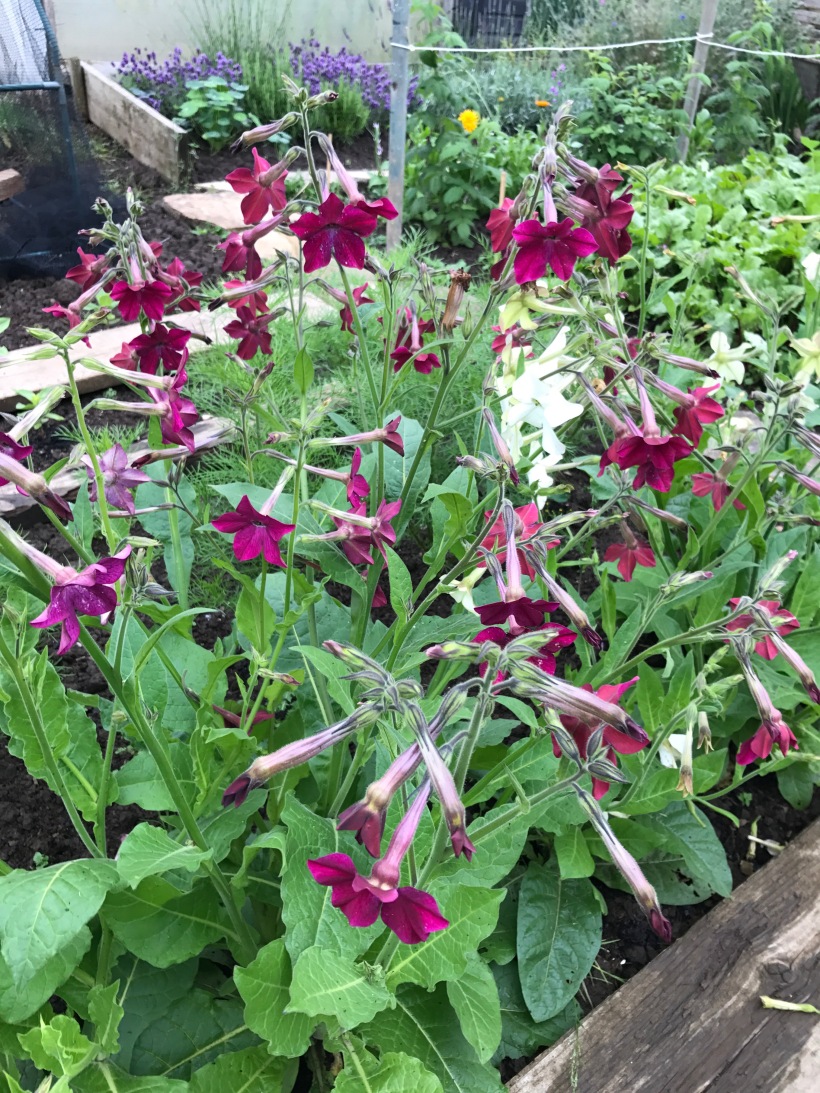 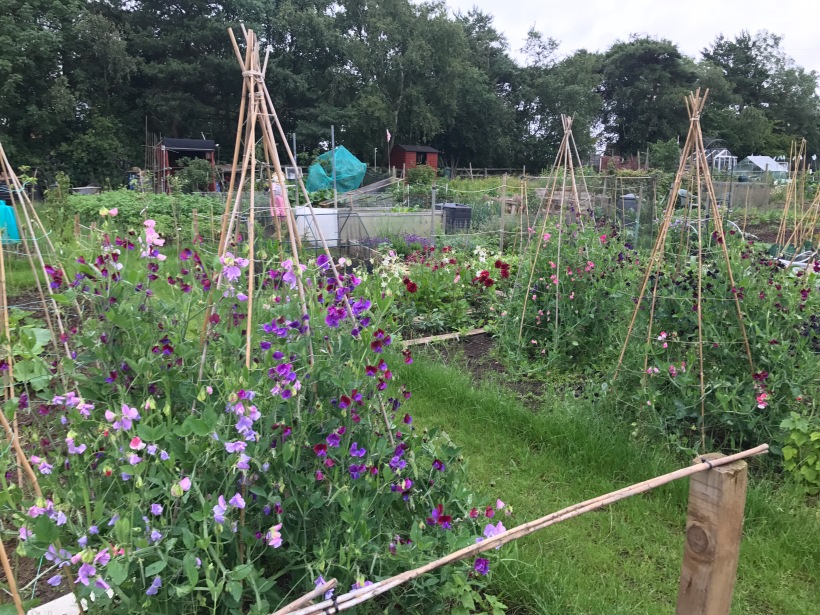 They seemed to have thrived on the neglect.

The only thing they ask for is to be cut.

And you’ll be rewarded well into late summer. 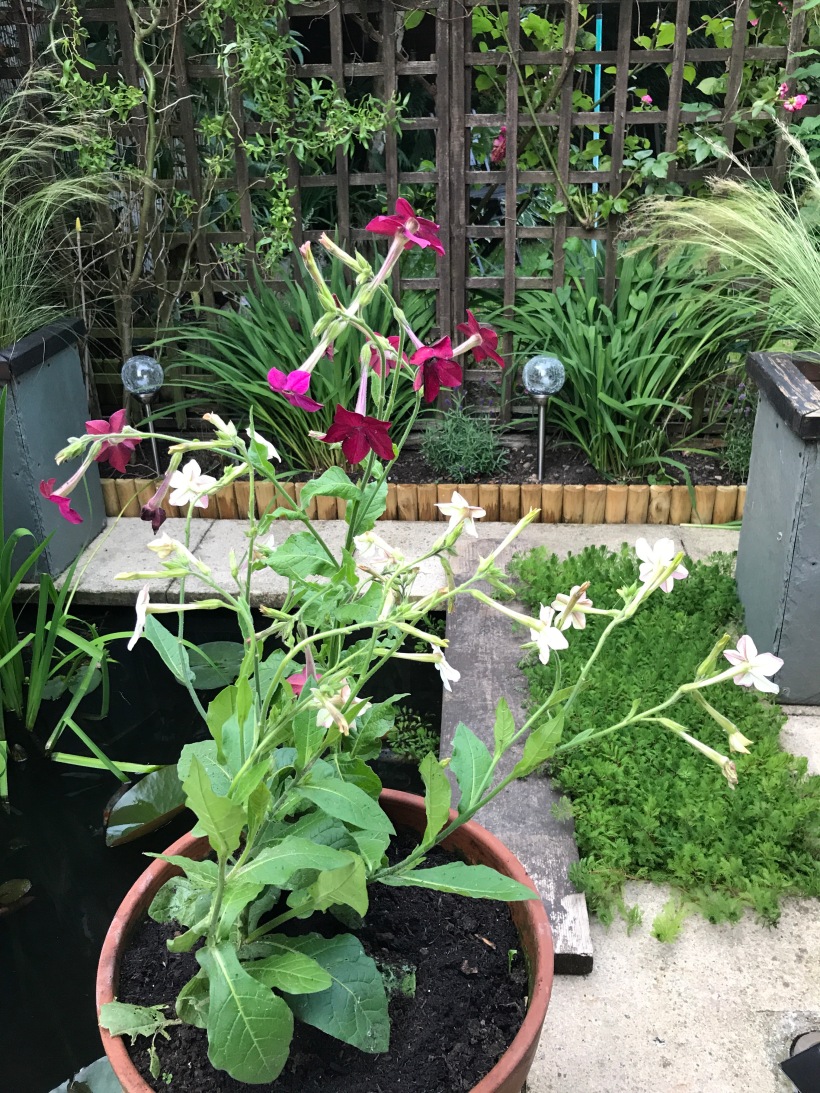 I did also actually steal some plants from the allotment for home. There was a surplus, and I’m not actually sure Nicotiana does best as a cut flower?

The potatoes, seem to be romping away, as they do.

As are the Cabbages and sprouts.
Some harvesting has been happening as well. That’s nice. 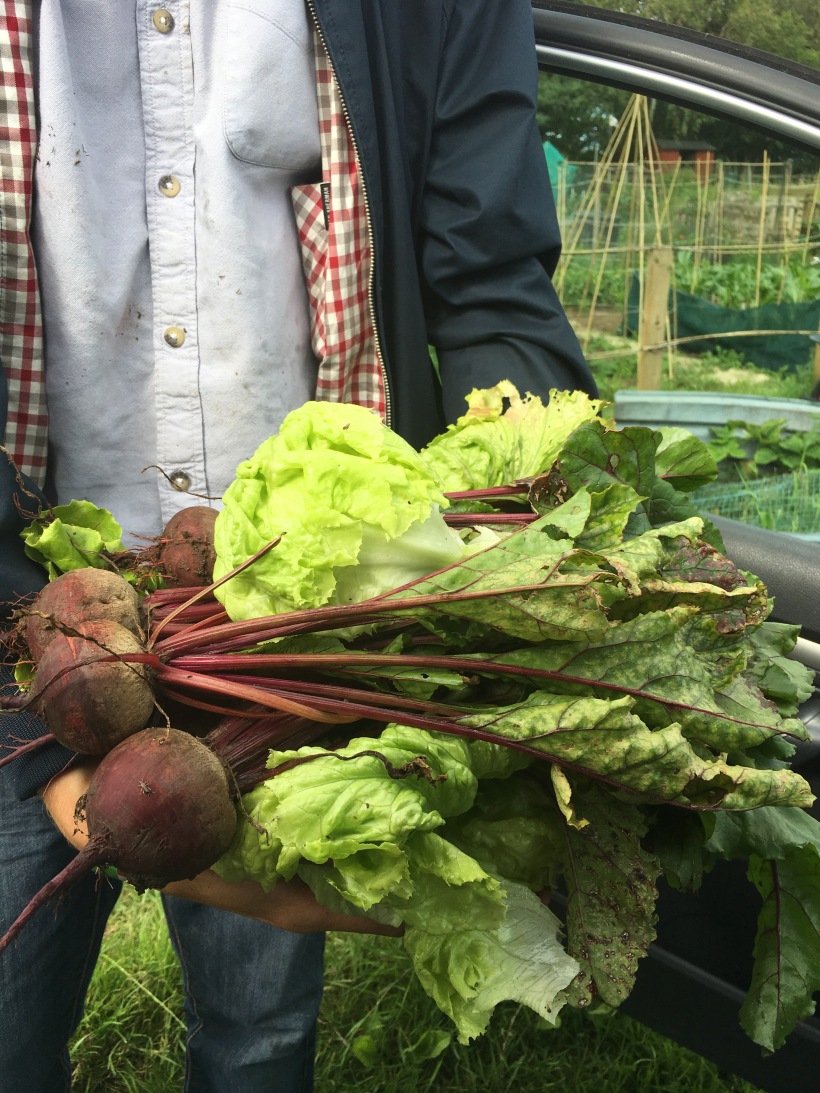 First of the season. Late ? 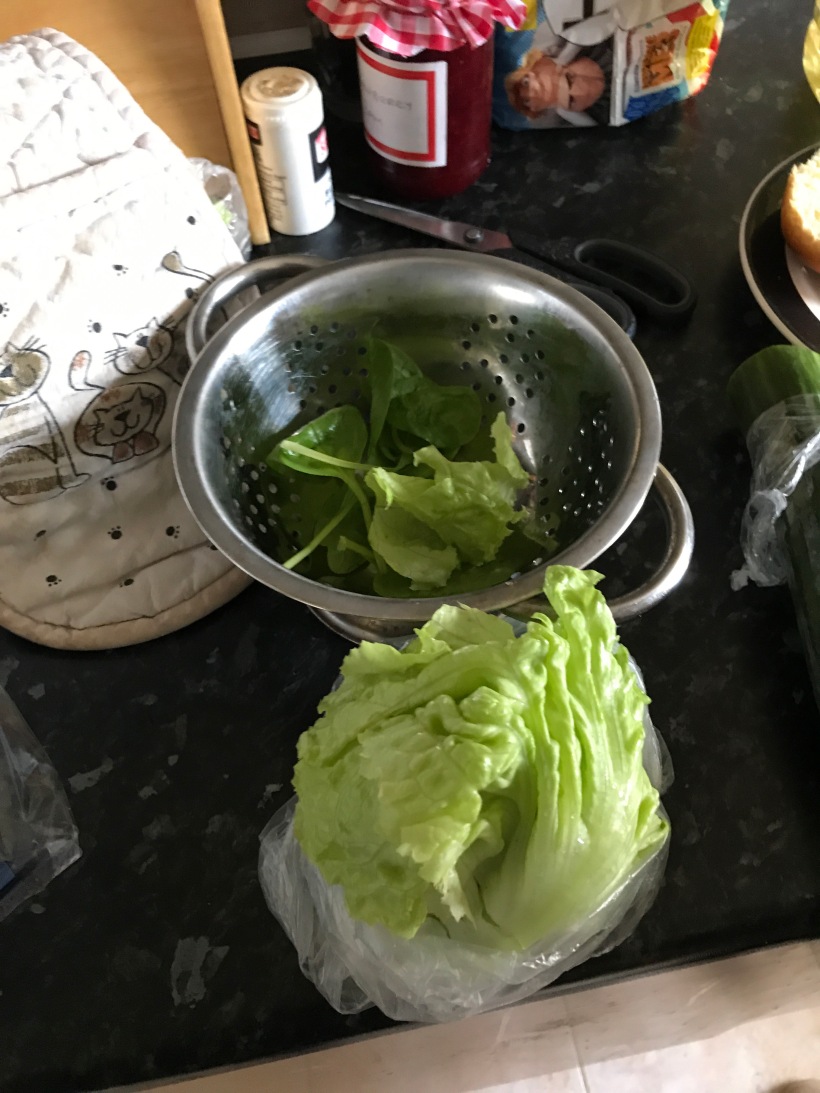 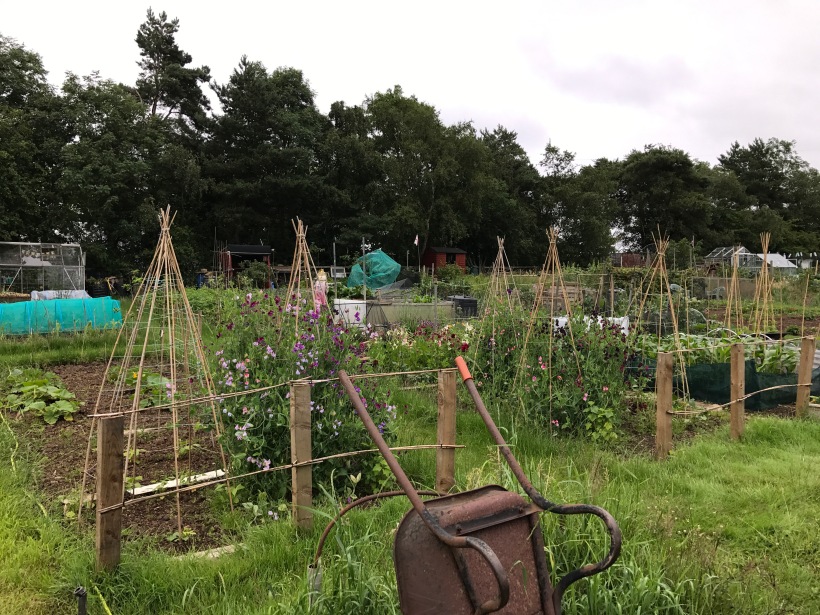 The French beans last year, were the highest performers. What a bloody let down this year. They’re growing up wigwams alongside the sweet peas ( far right and far left of this image). In my head this looked great. It should look great. But them bloody French beans have let us all down.

The Carrots may also be destined for the naughty step.

The squash patch is a mixed bag.

The courgettes are doing grand. Pumpkins? Nothing so far.

When I was away, the Greenhouse, was looked after splendidly by two of my allotment neighbours, proving once again, that the allotment community cannot be beat (unless of course, you have a plot on this allotment site, which actually is just down the road from where I live. It’s full out war. How sad. How pathetic. How not what allotments are about.) I gifted my two neighbours with bottles of ale upon my return (once I had made sure everything was still alive, of course. )

I think that takes us up to now. I’ve got a few days off work this week, which actually means I don’t have any days off at all. Cos’ there’s a hell of a lot of weeding to be done.

But what else would I rather be doing? 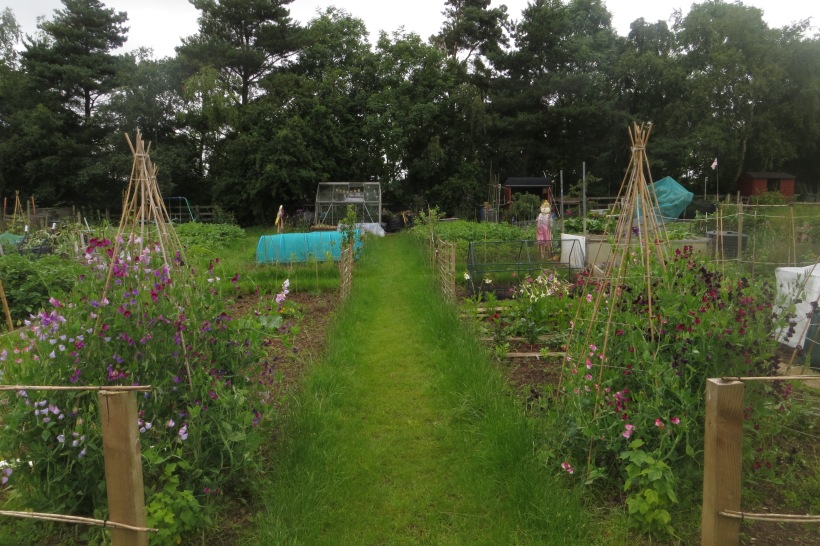 Fun day at work learning how to weave willow sculptures with the team! To be fine tuned tomorrow. With thanks to our teacher @philbradleybasketmaker
Rose pruning begins!
Brilliant first week in a new job. Incredibly excited and honoured to be joining the team who look after this beautiful garden.
Top bar in the orchard apiary. #beekeepersofinstagram #topbarbeekeeping #naturalbeekeeping

A Four Pronged Blog about a Suffolk Cottage Garden.